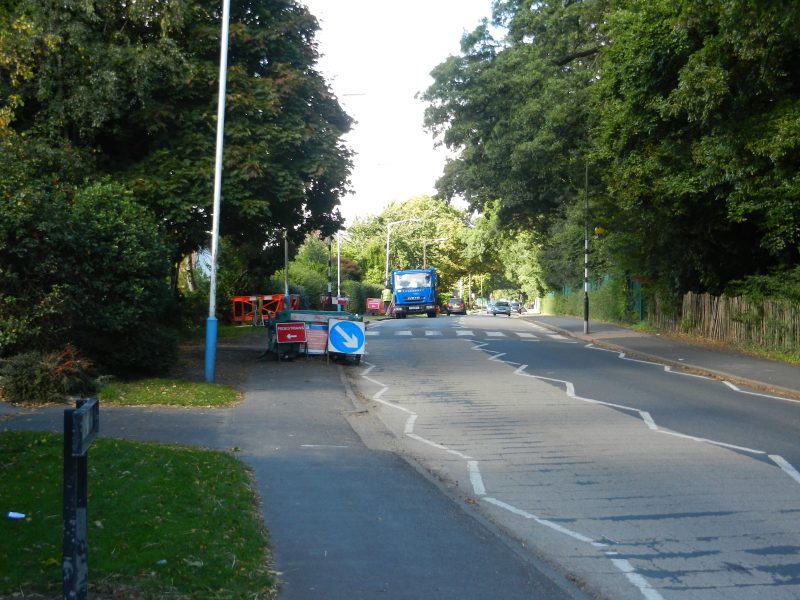 It follows from what was stated at the end of the last blog that the pre, or inter, glacial coastline with the sea lapping at the base of the dip slope of the Yorkshire Wolds that here might be the remnants of a low cliff-line at these points – indeed this is so, roughly corresponding with the 5m. contour (at some points during inter-glacial periods the sea level was higher than today by up to 5 meters). The prominence of this ancient cliff-line has been rounded by subsequent glacial advances. Places exhibiting this feature are;
Harland Way – leaving Cottingham on the west, a gentle incline as one passes Cottingham High School (see above photo.),
Boothferry High Road – a steady incline leading towards the Humber Bridge roundabout,
there is no corresponding hill on the A63 (Clive Sullivan Way) because the cliff-line was cut through when the road was built to eradicate what would have been otherwise an incline.
Incidentally, as may be seen from the map on the previous blog, on the south bank of the Humber the 5 meter contour runs parallel to the coastline so the inter-glacial inclines may be seen in streets (in Barton) which lead away from the foreshore e.g. Pasture Road and Fleetgate.
Consequently the ancient inter-glacial coastline would have run north-to-south roughly where the Humber Bridge now spans the Estuary, with the mouth of a stream which preceeded the Humber having its mouth into the bay somewhere along this stretch of the inter-glacial coastline.
Anyway, to get back to Holderness. The retreat of the Devensian Ice Sheets and glaciers quickened as the climate warmed. Therefore an area of post-glacial deposition will have a greater ‘bulk’ the further east-north-east one travels. This explains why the historic drainage pattern on Holderness (that is before man-made drainage channels were dug) was east to west – and not to the sea.
(to be continued).