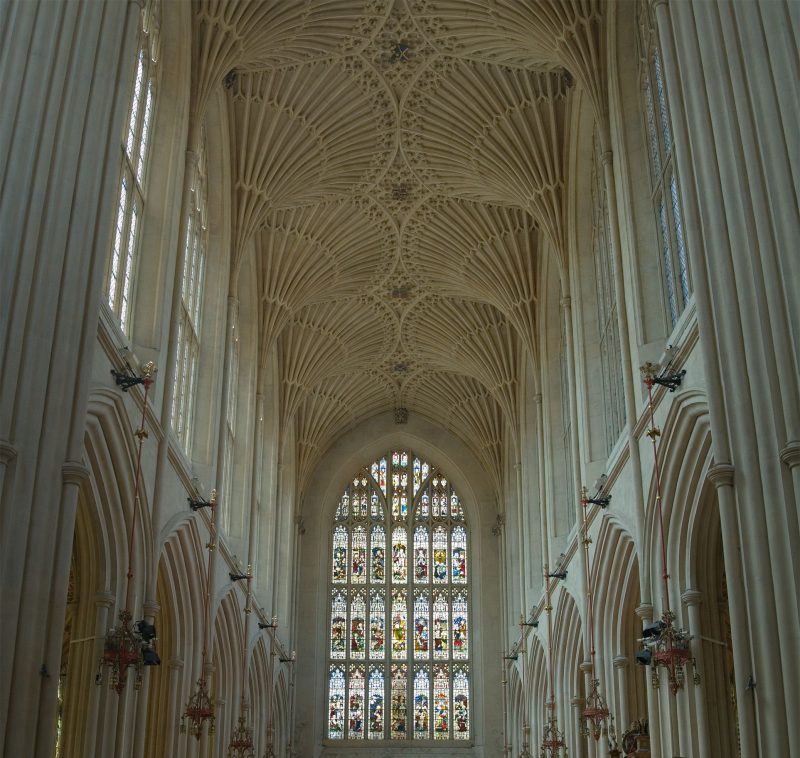 Although the building of meeting rooms and chapels for Nonconformist Christian churches greatly increased from the late-18th to mid-19th centuries, existing buildings of the Established Church had often suffered from neglect in maintenance.
Other trends stimulating the ‘Gothic Revival’ were; the Oxford Movement, spearheaded by notable academics who believed that much of the impact of collective worship had been lost to puritan ideas and clasicism and who believed that there should be a return to medieval forms of church decoration even though this opened them up to the criticism of pro-Catholic. The principle then adopted was for the church building to be ‘restored’ to what it may have looked like in the 13th and 14th centuries. A return to what Charles I’s Archbishop of Canterbury called ‘the beauty of holiness’, as a means of impressing and retaining congregations.
The Gothic Revival movement can present the student of church buildings with some difficulties as exampled in the photo above. The fan vaulting of Wells cathedral would appear to be a late-Perpendicular (15th century) addition to the building, as, for example, at the Chapel of King’s College, Cambridge (scene of the annual carol service on the B.B.C.). In fact the fan vaulting at Wells is a 19th century product of the Gothic Revival movement. If not sure, the student should always qualify statements about ‘original features’.
The parish church at Boughton, the village in south-west Norfolk where I grew up, was a complete re-build of the mid-Victorian era in an Early English style (s.p.b.s), except for the genuine medieval west tower which was not replaced (as at Derby for example, (s.p.b.).
However, often the fabric of the building provides clues as to which features are genuine and which might be gothic revival ‘bolt-ons’.