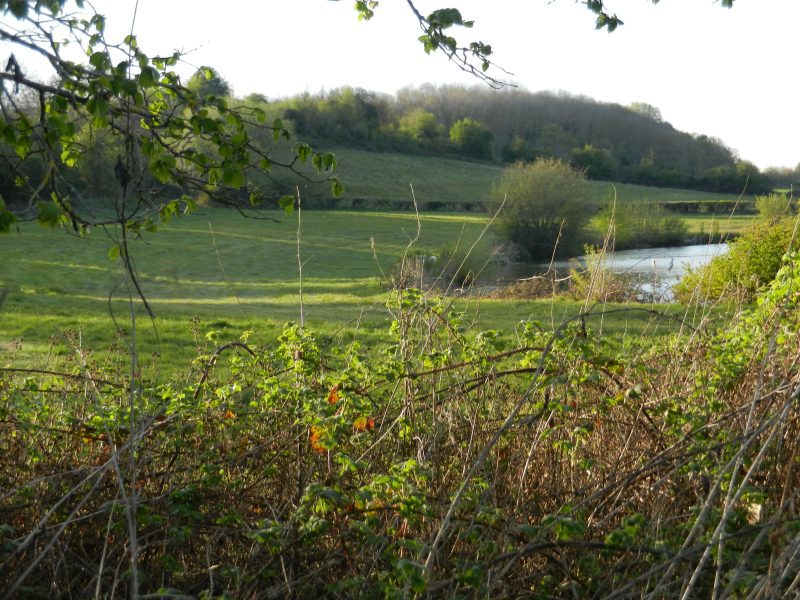 Although I have no definative evidence I think that, in this part of Worcestershire at least, the River Severn has an incised river valley. This means that the original river valley is left ‘high and dry’ when changes in sea level or earth movements cause the river to start eroding a new river valey within the old one. The photo above shows a section of countryside to the north of the lane leading to the riverbank from the ‘cottage’ (s.p.b.s). The water body partly shown is a fresh water fishing lake sitting, if I am right, on the bed of the previous river’s course, the hillside the old valley bank. If this was the case the previous river-bed would have been much wider than today with extensive freshwater wetland along each valley side. Once reclaimed these riverine silt lands would have been/are fertile land, but very prone to flooding. The banks of the present River do not appear to have been artificially heightened, as with the River Hull for example, but repeated flooding has caused natural levees.