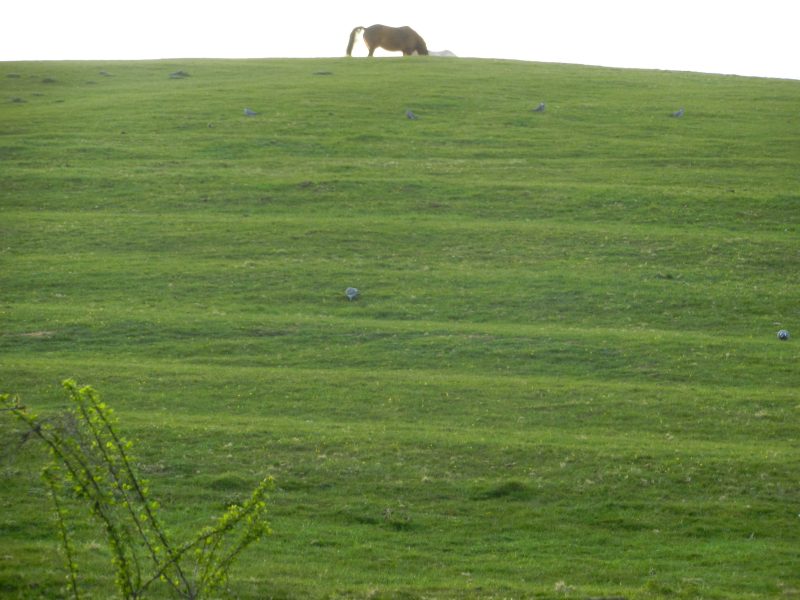 Today’s photo shows the hillside beside the lane leading from Hallow, past the ‘cottage’, to Camp House (s.p.b.), the lower part of the hillside showing a ripple-effect in the topsoil. These don’t qualify as ‘linchets’ (lynchets) as the bedrock isn’t chalk but are they a natural feature or evidence of past man-made terracing? I would suggest the former, the result of soil slumping down the slope, usually when waterlogged, or even just ‘soil-creep’ down the surface of the bedrock (probably not far below the surface), this often seen on the lower slopes of the Yorkshire Wolds hillsides. Such surface features are farmore likely to be in evidence on permanent pasture than arable land.
The soil of the nearby arable fields is light/sandy.
A bit further down the lane towards the River Severn it becomes a ‘sunken lane’ with high hedges to either side, a feature rarely seen/never seen in eastern England these days.
The horse silhouetted on the hill-top in the evening light.