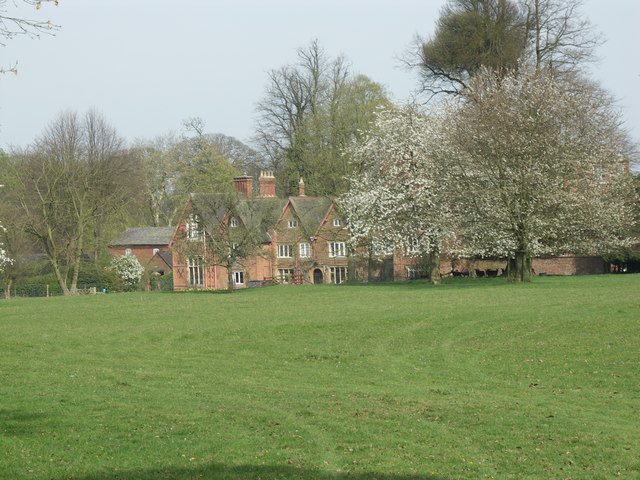 Allocations of land so that ‘all men’ might have their connection with the land has been a recurring theme of radical movements in History, these often alarmed at the growing disconnect between ordinary people and land ownership – this was the case, for example, during the Peasants Revolt of the 14th century, of the ‘Diggers’ during the English Civil Wars and, to an extent, of the vision of William Morris in the late 19th century.
The picture above (taken from Wikipedia) shows Bosworth Hall from the south-west. The Hall is in the parish of Husbands Bosworth on the southern edge of Leicestershire. The curious parish name includes the name Bosworth which figures in a number of east Midlands parish names, this including the site of the 1485 Bosworth Field battle site the result of which heralded the ascent of the Tudor family as England’s ruling monarchs. Anyway, the reason for this diversion is that according to the History sub-section of the website of the National Allotments Society is a surviving record of the local allotment site dating from 1846 stating that all allotment tenants had to agree to attend church on Sundays or forfeit their allotment and to agree never to work there on Sundays! This date would suggest that in this parish a plot of land had been allocated by a local landowner (probably the then owner of Bosworth Hall) for the purpose of providing the local poor with a means of worthy self-improvement (for more on this line of thought see later).
Allotments are we would recognise them today, that is plots tenanted from the local authority on sites run by a local committee, are products of the early 20th century. The website of the National Allotments Society tells us that the 1908 Small Holdings and Allotments Act got the ball rolling by requiring the local authority to provide such sites if requested by local people.