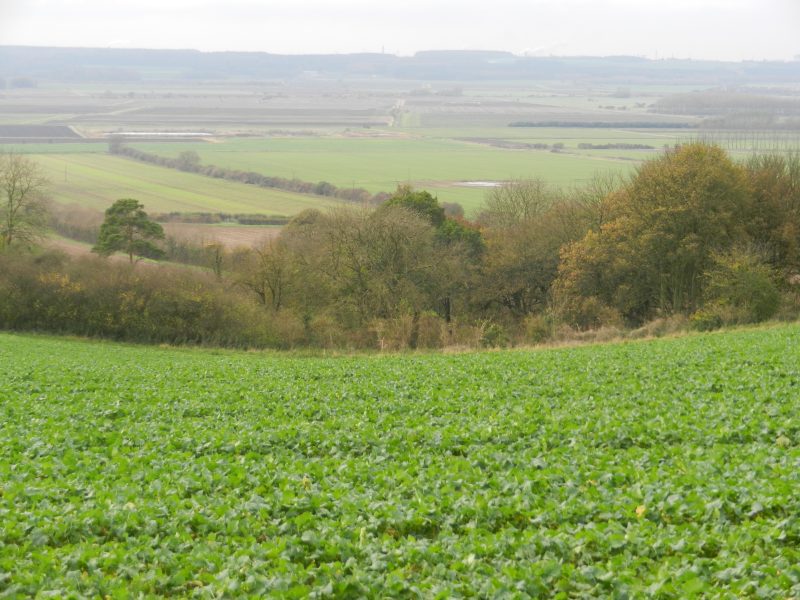 The photo above is a view west from near the top of the chalk scarp slope above the village of Worlaby, North Lincs., it shows the Vale of Ancholme in the middle distance with the dip slope of the Middle Jurassic limestone escarpment beyond. Worlaby is a spring-line village about five miles south of South Ferriby – if this lower vale had experienced the same historic urbanisation as the lower Hull valley the equivalent of outer Kingswood would be in view.

The topography of the two areas to be compared is similar but not identical. The Vale of Ancholme is bordered on the east by the chalk Wolds escarpment whereas the Hull valley’s eastern side blends into the post-glacial, undulating plain of Holderness. On the west side the Vale of Ancholme blends to the dip-slope of the Jurassic strata (see above) while on the west side of the Hull valley the lowland blends into the dip-slope of the Yorkshire Wolds. However both the Vale of Ancholme and the Hull valley are lowland areas, both at, or just above sea-level, both stretching inland from the shores of the same Estuary and both of similar dimensions.

By the 13th century both had settlements at, or near, the mouth of the river flowing across the floodplain and exiting into the Estuary, indeed at that time the one at South Ferriby (as now) was more established than the one at Myton (later Hull). So why did they develop so differently, that is the question being posed.

(Next week hope to start a theme on Allotments)