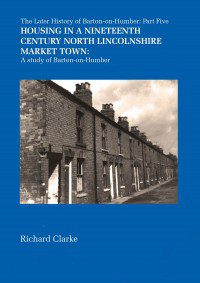 Housing in a North Lincolnshire Town

By Richard Clarke
ISBN 978-09555950-8-0 Softback £8
A comprehensive study of domestic architecture during the nineteenth century in Barton upon Humber. 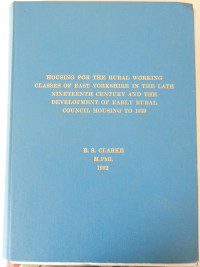 M. Phil. thesis Housing for the rural working classes of East Yorkshire in the late 19th century and the Development of Early Rural Council Housing to 1939 (with especial reference to Skirlaugh and Driffield rural district councils), 245 pages, single sided, copies at British Museum, my home and Beverley Treasure House (reference only). Humberside University, 1992.

Please find my contact details at the bottom of the website if you wish to enquire about this publication.

At a local printer I can get printed and simply bound copies of each of the following PDFs, I can post them to any interested reader at costs varying with the length of the study (pages).

Please contact me at the address below for any further information. 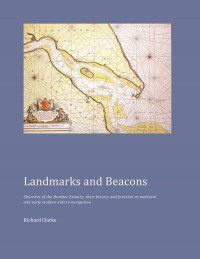 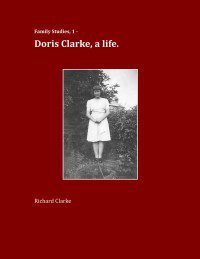 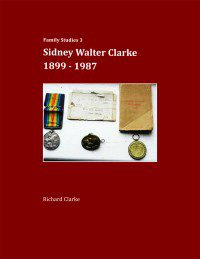 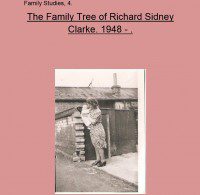 Focus - Clarke family history, (presented in my preferred manner).
Precis - The family trees of my mother and father and their ancestors. Mostly confined to a relatively small area of south-west Norfolk.
Published - 2016.
(14 pages, 4654 words, 4 illustrations). 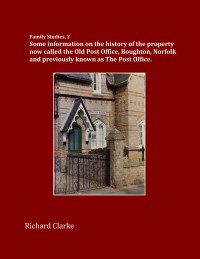 The History of the Old Post Office, Boughton, Norfolk 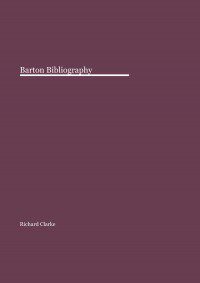 Focus - Local Studies.
Precis - A comprehensive listing of all published material relating to Barton on Humber from 1812 to the present day.
Published 2015.
(25 pages, reduced to A5, mostly chart listing sources in chronological order and with Two-part text introduction and six-part text appendices). 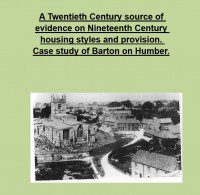 A 20 century source of evidence on 19 century housing styles and provision. 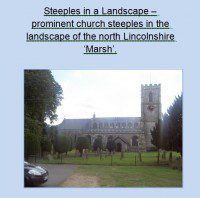 Steeples in a Landscape.

Focus - Church studies. Landscape studies.
Precis - A study of church steeples and their impact on the medieval landscape across the lowland environment of the south Humber 'Marsh'.
Publication - 2016.
(13 pages, 2613 words, 8 illustrations). 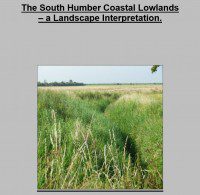 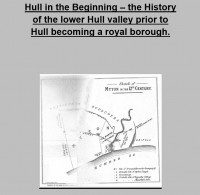 Hull in the Beginning - the History of the lower Hull valley

Focus - Landscape studies, Local studies.
Precis - A study of the history of the physical area of the lower R. Hull valley before the embryonic port of Wyke (Hull) gained its royal charter in the 1290s.
Published - 2015.
(36 pages, 11,000 words, 15 illustrations). 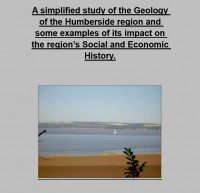 A simplified study of the Geology of the Humberside region

Focus - Landscape studies.
Precis - 'Everyday' geology of the Humberside region and its impact on the social and economic history of the region, this with particular reference to the history of the chalk quarrying industry.
Published - 2015.
(48 pages, 11,277 words, 35 illustrations). 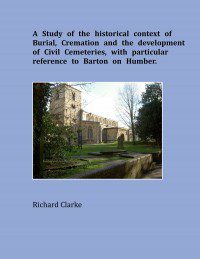 A study of the historical context of burial, cremation and the development of civil ceremonies

Focus - Landscape studies.
Precis - A study as defined in the prosaic title (actually more interesting than one might think!). A methodology and chronology that can be applied to all regions.
Published - 2015.
(40 pages, 10671 words, 24 illustrations). 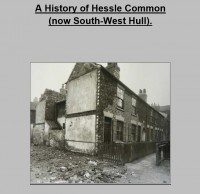 Focus - Landscape studies, Urban studies, Housing studies.
Precis - The evolution of a once wild area of coastal lowland on the north bank of the Humber to one of complete urbanisation and industrialisation. Overview history of the area that is now south-west Hull.
Publication - 2016.
(33 pages, 10,186 words, 17 illustrations).

Focus - Landscape studies, Housing studies.
Precis - Up to the 1950s 'hutment colonies' were common on the east coast - the one at Aldbrough, now almost gone, on the Holderness coast provides an interesting example.
Published - 2015.
(15 pages, 3000 words, 9 illustrations).
The picture here is, of course, of Spurn Point, not Aldbrough - this a product of my stumbling attempts to upload the article. 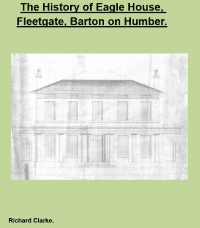 The History of Eagle House

The 'Low Villages', a series of 12 articles.

Focus - Landscape studies.
Precis - A series of 12 articles produced originally as a one per month run for the Low Villages magazine (some minor problems were encountered in combining then to a single article). The Low Villages parishes are a 'run' of five spring-line settlements at the base of the chalk escarpment scarp slope in North Lincolnshire.
Published - 2016.
(58 pages, 10868 words, 67 illustrations). 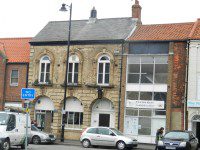 History of the Corn Exchange, Barton.

Focus - Housing studies.
Precis - A two-part study, part one compiled from a study of surviving documents, part two from evidence of the building internally and externally.
Published - 2016.
(20 pages, 4338 words, 13 illustrations). 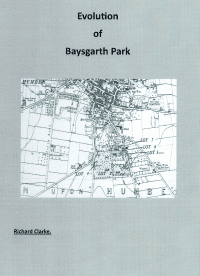 The evolution of Baysgarth Park, Barton on Humber. 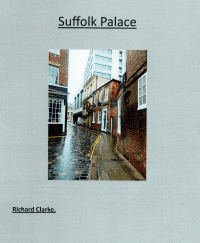 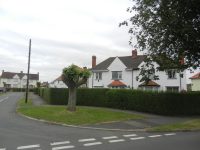 Focus - Housing studies.
Precis - This small development is a good example of the impact of the Garden City principles on the design and lay-out of some inter-war housing projects.
Published - 2016.
(7 pages, 2050 words, 4 illustrations). 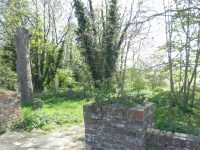 An article with 35 slides and a built-in narration rather than text (compiled for Heritage Week 2020). 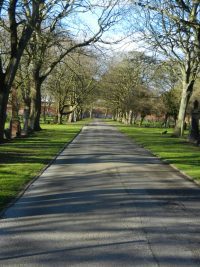 1 See the following articles; (a) Doris Clarke, a life (b) Sidney Walter Clarke (with a focus on the latter part of the Great War and Occupation of the Rhineland) (c) The History of the Old Post Office, Boughton, Norfolk (d) The family tree of Richard Sidney Clarke, 1948-

2 Miscellaneous memorabilia from Doris’ time at the GrammarSchool (late 1930s) and of mine (1959-1966) have been deposited at Downham Market Museum.

A number of the extended articles reproduced here as pdfs are products of extensive research, that being so I hope to have some published in the not too distant future.