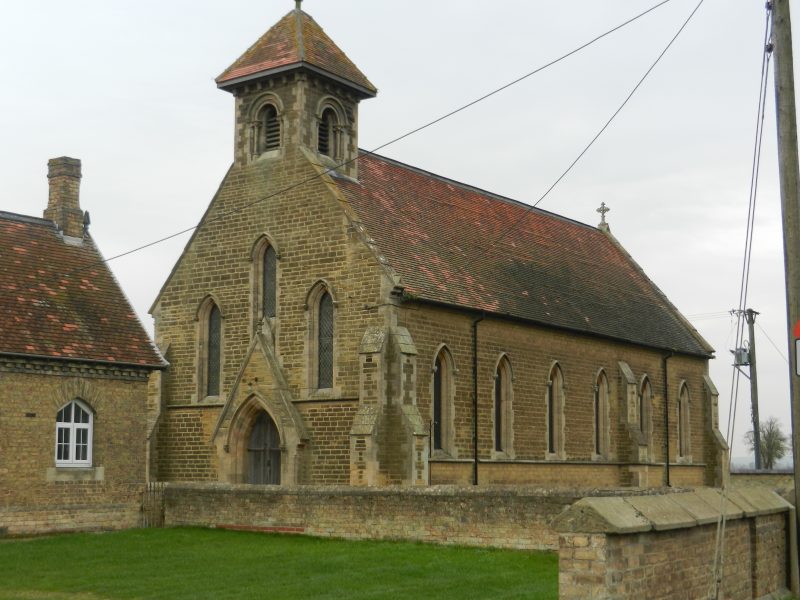 I have no picture of Broomfleet church so am showing one of Cliffe church, sited on the eastern edge of Wallingfen and mostly built of the local limestone (clad, if I remember correctly, onto brick walls). Broomfleet church comprises nave, chancel, north tower incorporating an entrance porch, the tower topped by a short spire. The walling material is local brown limestone (as with Cliffe church above) with ashlar dressings.
When standing on the Humber bank at Market Weighton lock and looking across the Humber the outline of the limestone escarpment with its scarp and dip slopes is clearly visible. This is not so on the north bank where the limestone escarpment fuses into the base of the chalk escarpment resulting in the complex geology of the South Cave area. However, the remains of the limestone escarpment east of Wallingfen and in the vicinity of Cliffe has been quarried in the past. The quality of the limestone for building material varies greatly from area to area, here it is of poor quality and weathers readily, but was locally available. Nearby at Newbald very high quality limestone was quarried and used in the building of a number of regional churches including Beverley Minster.
Harking back for a moment to blogs/posts 5 and 6 in this topic I forgot to mention the site of Roman, and possibly pre-Roman, occupation just north-east of the present-day Haven. Back in the first century the head of the Haven extended a bit further inland than today. I re-read my 1930s publication on the archaeological excavation and was reminded that the rectangular enclosure was initially bounded by a ‘sand’ and turf rampart with a stone wall later built on top of most of its area. Shards of crockery was unearthed of various dates starting from the seventh decade of the first century, the point in time when the Roman forces crossed the Humber in earnest to extend north the border of the Empire. The enclosure perimeter is followed by two local roads, one being the ‘Roman road’ north, eventually to York. In the late era of Roman Britannia evidence suggests the enclosure may have been abandoned.