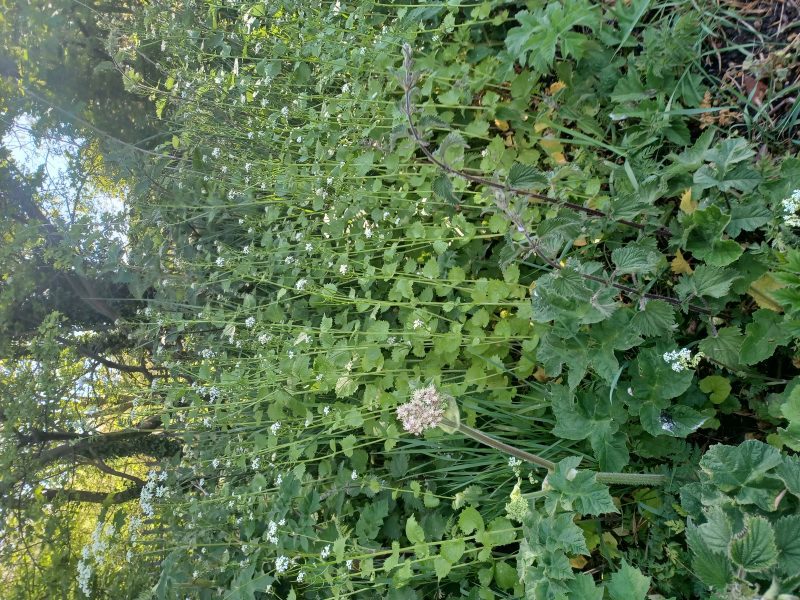 (I wanted to add two pictures of white flowering wild flowers currently (see blog 37), daisies and jack-by -the-hedge, this one of the vernacular names for this plant. However, this site as set-up does not like photos from my phone rather than camera, it wouldn’t upload the picture of daisies at all and the one above of jack-by-the-hedge is sideways?).
The Bransholme Estate, or satellite town, was Hull council’s largest attempt to solve the city’s post-war housing shortage, this resulting from some natural increase in population, replacement for war-damaged housing, the demolition of unfit housing and latterly unprecedented migration from Europe. Nevertheless, the housing shortage was somewhat relieved by a ‘flight from the town’ by some who could afford mortgages for properties in the suburbs (in the East Riding of Yorkshire), in Beverley and, latterly, in Barton and by a slow-down in natural population increase.
Prior to the building of Bransholme this area east of the River Hull and north of the communities of Sutton and Stoneferry had been an agricultural area typified by fields of permanent pasture and a few scattered farms. As elsewhere, this part of the River Hull floodplain had been difficult to drain. During the Second World War part of the area was taken over as a site where barrage balloons were constructed for the defence of Hull, a basis for the Women’s Auxillary Air Force and, later, R.A.F. Sutton, the site only being disposed of in 1961 (much of the land bought by Hull City Council).
The housing on Bransholme, and also later North Bransholme, was mostly built between the late 1960s and throughout the 1970s, the population now being about 30000. Again, as with Orchard Park, prefabricated wall units were much used, this later being identified as a major cause of damp problems in many of the houses.
(to be continued)