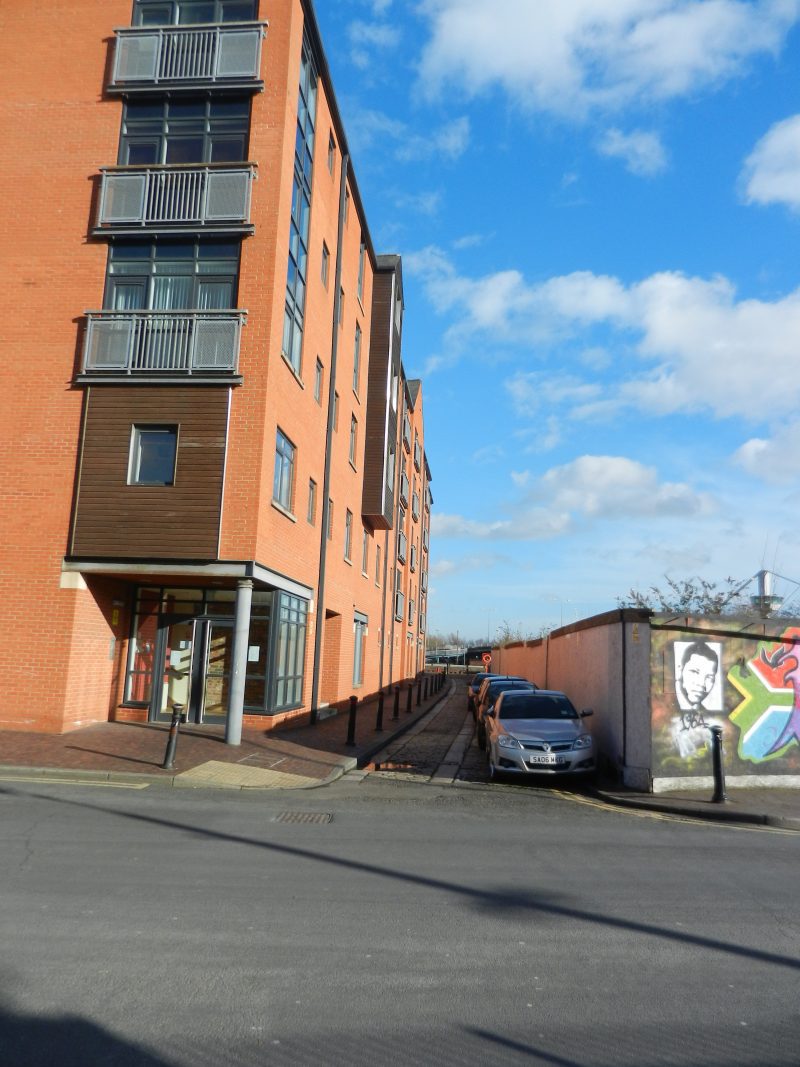 The above picture shows a remnant of Blackfriargate Staithe which led to the River Hull ‘Old Harbour’, incidentally, the point from which the Hull – Barton ferry sailed from 1320s onwards as permitted initially by Edward II. Just inland of this point was the built complex of the Augustinian friary in Hull from the 13th century to March 1539, the site is now mostly covered by the relatively new Magistrate’s court (the building programme was preceded by an archaeological excavation), and will probably be impacted by the current work on the A63. For its working life this friary stood very near the Humber foreshore and at the end of the 14th century town walls.
The Augustinian friars (often known as ‘Austin’ Friars) followed the Rule of Augustine of Hippo compiled in the early 5th century – they committed to corporate poverty, contemplation in the friary complex and an apostolic ministry (preaching out in the community and often relying for their daily needs on private charity).
The term Blackfriars comes from the fact that when ‘out in the community’ they wore a cloak of black woolen cloth.
One famous Austin friar was Martin Luther (1483 – 1546) until his excommunication from the Roman Catholic Church in 1520.
Because friars accepted personal poverty they and their friaries were of comparatively low value at the time of the Dissolution and the friars received no pensions from the Tudor state, many however were welcomed as parish priests. The monetory values of monastic sites were recorded at the time of the Reformation in a manuscript later known as Valor Ecclesiasticus. The large Franciscan Friary in Beverley was valued at just £5 in February 1539. Both of Hull’s friaries were surrendered by their priors to the King’s Commissioners on the 10th March 1539, less than a month after those in Beverley had been surrendered.
(to be continued Hull’s other friary).