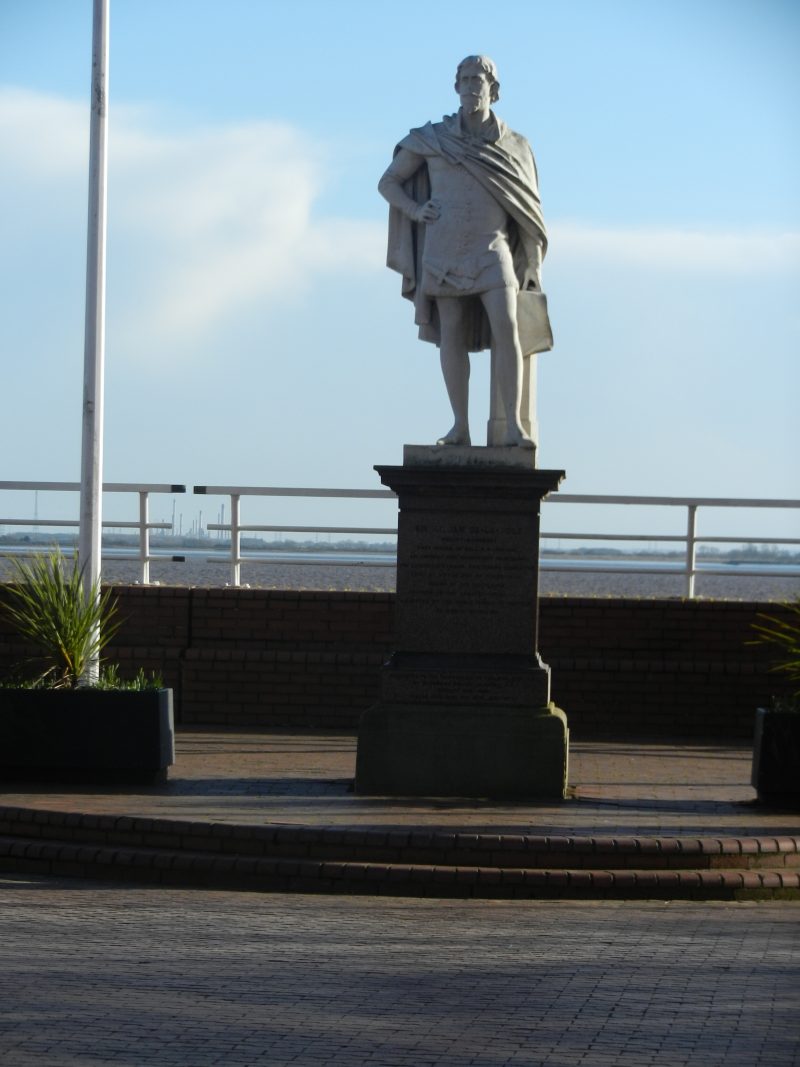 Michael de la Pole, who founded Hull’s Carthusian monastery in 1378 (s.p.b.), was a second generation member of the wealthy and powerful De la Pole dynasty. His father was William de la Pole, who’s statue at Minerva Pier can be seen above, and his uncle was William’s brother Richard. The brothers had built-up a flourishing trading business at Ravenser Odd but moved to Drypool and then Hull when the rapid erosion of Ravenser Odd started to impact on their trade.
Michael owned a number of properties in Hull but first-and-foremost the ‘De la Pole mansion’ facing north-west Lowgate, with the building complex and grounds bordered by the town wall and with the site of the Carthusian monastery a few hundred yards away. Sucessive generations of the De la Pole family moved away from Hull but remained very influential therein. Michael’s marriage to a landed heiress living in the village of Wingfield, Suffolk made him a leading landowner in East Anglia and in 1385 he was made Earl of Suffolk. A number of De la Pole monuments survive in the parish church at Wingfield. After 1385 the ‘De la Pole mansion’ in Hull was often known as the ‘Suffolk Palace’.
So why did Michael de la Pole endow the Carthusian monastery near Hull?
The reason(s) why people did things in the past can be more even obscure than why people today do what they do. Answers cannot be definative no matter how compelling. That said:
Firstly, despite a growing scepticism of the rules of Christendom in the late Middle Ages (witness the proto-Protestant John Wycliffe and the Lollard movement) it was still, in the 14th century, a done-thing for those who could to endow a monastic site.
Also the belief endured that the brethren in an endowed site would pray for the soul of the benefacter after their death and thus hasten the journey of their soul through purgatory to everlasting life.
Also the Carthusians were admired for their self denial (s.p.b.) thereby putting the older monastic orders to shame.
So we have fashion, selfishness and respect – but who knows.