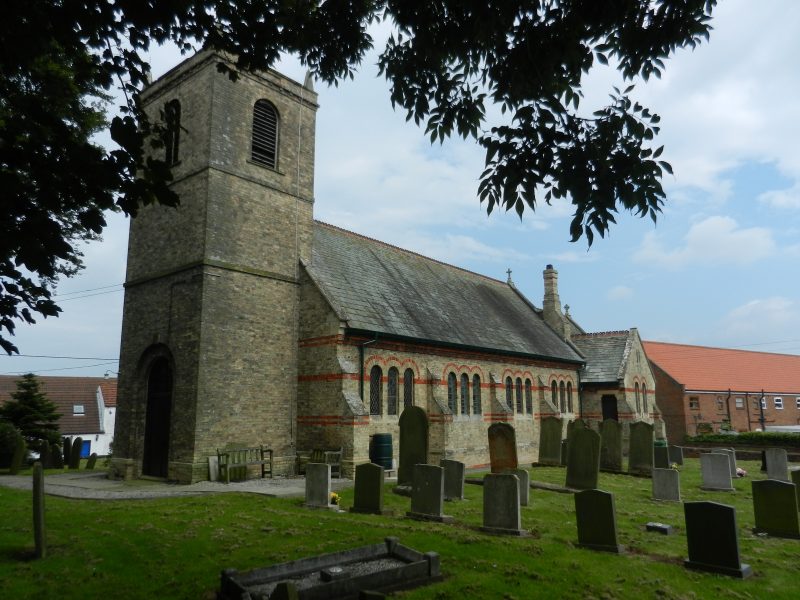 Two miles east of Keyingham station on the Hull and Holderness Railway (s.p.b.s) was Ottringham station, this out in the countryside a mile and a half north of the village proper. East of Ottringham station the route of the ex-rail-line loops south, crossing what is now the main road to Patrington and Withernsea from Hull before curving south-east past Winestead White Hall – incidentally, the crossing keeper’s cottage survives where the rail-line crossed the main road.

If the rail-line had been routed north-east after Ottringham station the journey distance could have been reduced by about six miles. As to why this southern loop was created I have no definitive answer but at least two possibilities come to mind. Firstly, although Patrington station was outside the village (to the west) the shorter route suggested above would have been five miles north of Patrington.  Another possibility is that the owners of Winestead Hall were, in the 1850s, disinclined to have a rail-line nearby, or across their land at all – the detailed routes of rail-lines did depend on landowners being persuaded to sell some of it and, probably, to make movement from one field to another more complicated. That said, many a landowner got a capital windfall from the Railway Mania.

Although the site of Patrington station is now marked only by a public house of the same name the old goods yard south of Winestead White Hall is as far as the route of the rail-line can be walked/cycled. The six mile stretch from Patrington station to Withernsea station, passing west of the station-less village of Hollym, has been incorporated into local fields. Within a couple of minutes from leaving their train at Withernsea station day-trippers could be on the beach. With being at the end of the line a hand-powered turn-table and reserve line allowed the loco. to pull the carriages back to Hull.

The photo above shows Hollym church.

(to be continued by one more blog in this series).