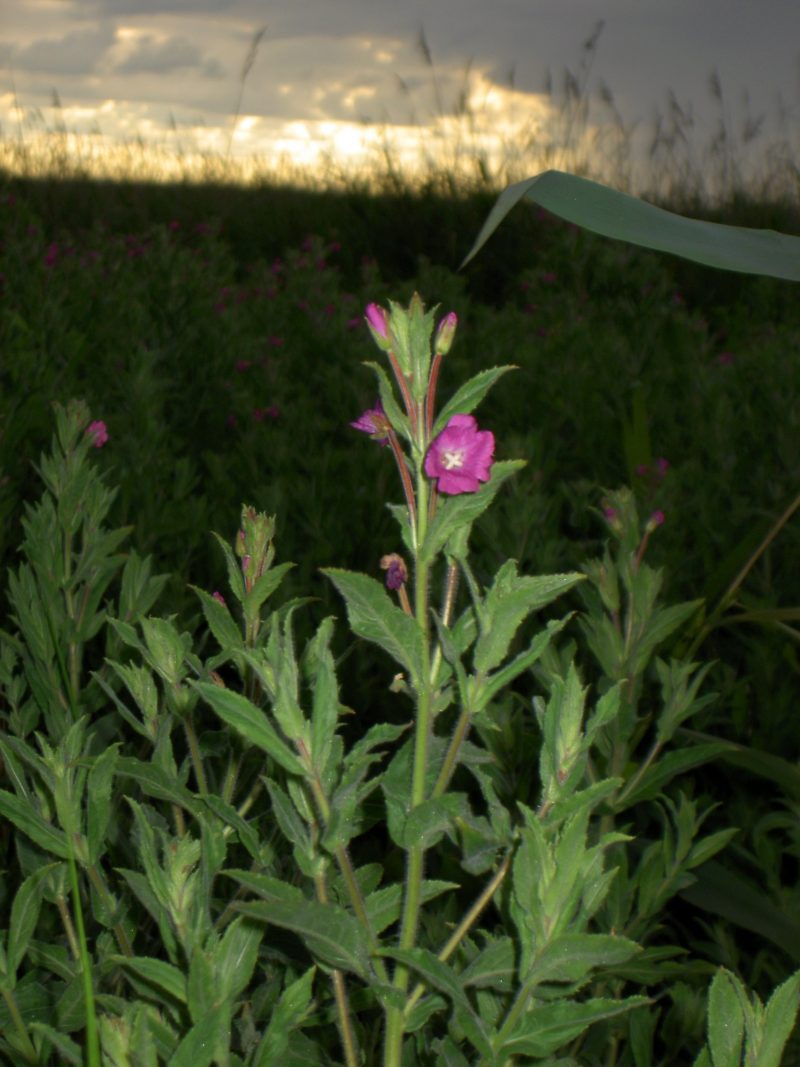 Willow herb flowers from the top down.

Holderness Road had been part of the Hedon-Preston-Hull Turnpike between 1745 and 1878 (see MacMahon, K.A. Roads and Turnpike Trusts in Eastern Yorkshire (E.Y.L.H.S., 1964) and as residential development extended along it from the late 19th century (s.p.b.) this long straight road came to divide the Southcoates area of the Humber floodplain, south of the road, from the Summergangs area to the north. South of Holderness Road Southcoates Lane and Southcoates Avenue developed roughly opposite East Park while north of the Road Summergangs Road developed immediately west of the Park.

The etymology of these two names is interesting, as always. The English Place Name Society Vol. XIV records that the Southcoates area was recorded in the Domesday Survey but that the name doesn’t mean south of anything, rather ‘south’ is a corruption of a Scandinavian person’s name (presumably from the 9th, 10th or 11th centuries) while ‘coates’ translates to cottages (cots). So prior to the Norman Invasion this was an area of Scandinavian settlement.

The first extant record of the name Summergangs comes from the 13th century and translates as ‘the road which could only be used in summer’ (p.215). The word seems to be a mix of Old English and Scandinavian origins. The north Humber tidal mud-flats afforded excellent grazing for sheep, once some tidal barrier was constructed, throughout the Middle Ages feeding England’s trade in raw wool and later woollen cloth.

Discovery of these references in early documents was mostly made by antiquarians and learned societies in the 19th century, this requiring often translation from the original latin and/or fathoming old handwriting and terminology. Modern reference volumes are indebted to these individuals and societies. In the next blog will reference some sources which identify the earlier versions of the name Southcoates.