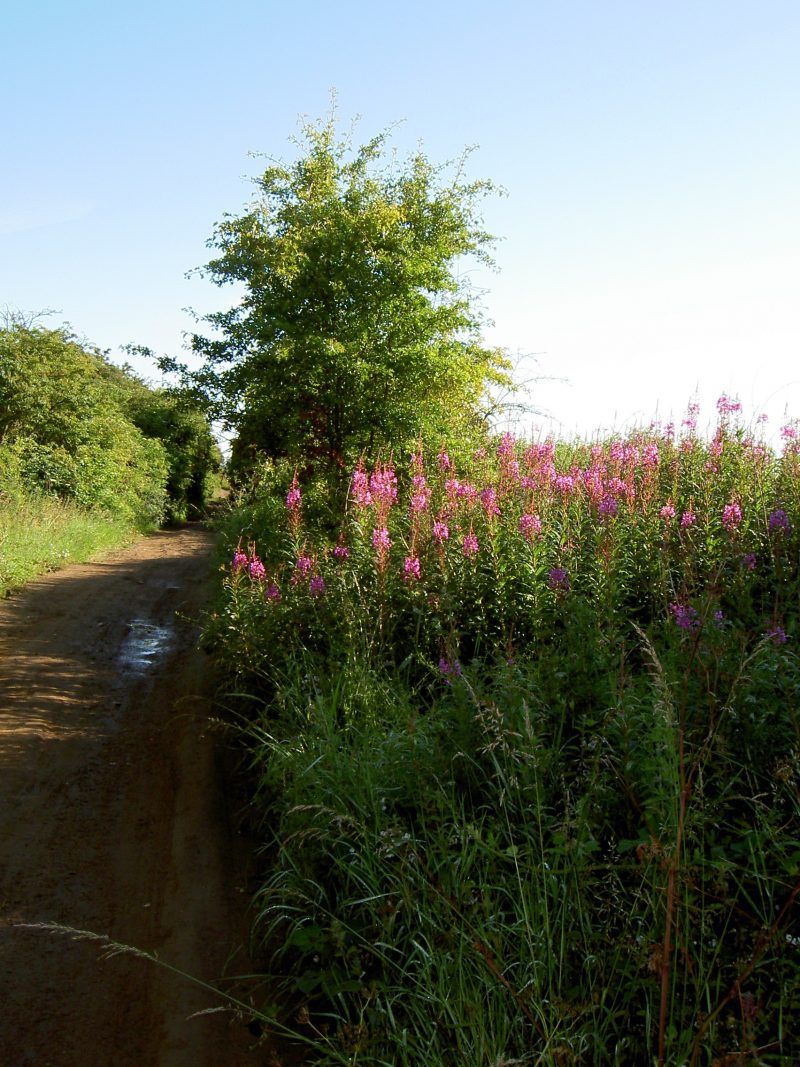 Above photo is of a patch of willow-herb, just coming into flower now (photo some years ago), a month earlier than 50 years ago.

The last map I have available to me at present to show the development of Drypool parish from rural late-Georgian settlement to industrial/residential suburb is Bacon’s Plan of Hull of 1906. At that point Drypool still retained its ‘Green’ around the church, this on the north side of ‘Drypool Basin’ and Victoria Dock lock off the River Hull (now lost and the area crossed by St. Peter Street).

Drypool was now (1906) crossed roughly north-south by another railway, the Hull Barnsley and West Riding Railway leading to the purpose-built Alexandra Dock constructed by the Railway on the Humber foreshore immediately east of Victoria Dock. This surviving railway was a ‘high-level’ line, that is built on an embankment and crossing roads by a bridge (as today). The North Eastern Railway Company’s Victoria Dock Railway still existed then (not now) with its stations (s.p.b.). As the Hull Barnsley line was mostly freight it didn’t have passenger stations. Both lines crossed the rapidly developing residential ribbon development along Holderness Road, one by a bridge (surviving), the other by a gated crossing (Mount Pleasant area).

This grid plan of by-law housing streets extended (in 1906) as far east as Westcott Street although Holderness House (surviving) still had post-Enclosure fields to its north.

So across 150 years the landscape of Drypool had been transformed from rural to military to industrial and residential, as with all suburbs it had become part of the expanding urban environment.

Southcoates. Although recorded in the Domesday Survey of 1086 it seems unlikely that the area east and north-east of Drypool parish was ever served by a nucleated village, but rather was a dispersed settlement (although I don’t have access to the Victoria County History Vol. 1 to confirm that or otherwise).