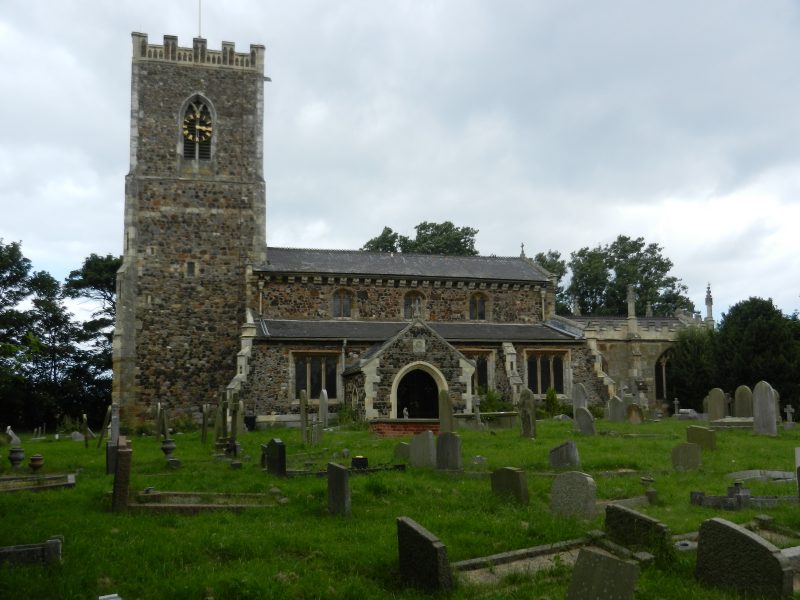 As well as the Victoria Dock Railway the map extract of the last blog shows the points at which the Withernsea (Hull and Holderness Railway) and Hornsea Railways veered off from the main line. The rail-line to Withernsea was opened in 1854, that to Hornsea a decade later. Therefore people living in west Hull could board a train to either resort from Cemetery station (near the southern end of Newland Tofts Lane (Princes Av. today), from Newland at Stepney station (the building survives), from Sculcoates at Sculcoates station (see map extract) and from Drypool at Wilmington or Southcoates (to Withernsea only) stations (see map extract).

The photo above shows St. Nicholas church, Withernsea from the south, the terminus of the Hull and Holderness railway being built just to its north. This fine late medieval church, with its coursed rubble walling and freestone chancel and diagonal tower buttresses, is mostly a product of a restoration in the 1860s the roof having been derelict since the 17th century. Nearby the station and the church at Withernsea stood/stands the Railway Hotel (originally) designed by Cuthbert Brodrick for the principal patron of the rail-line Anthony Bannister. The church now stands disused.

The surname Earle appears twice on the map (s.p.b.). Just below the top section of the Victoria Dock Railway on the east bank of the River Hull was the extensive site of Earle’s Cement Works (for studies of the company’s connection with Barton’s cement works and the company’s impact on the landscape of the south bank see my articles). Beside Victoria Dock’s Old Timber Pond was C&W Earle’s Iron Ship Yard.