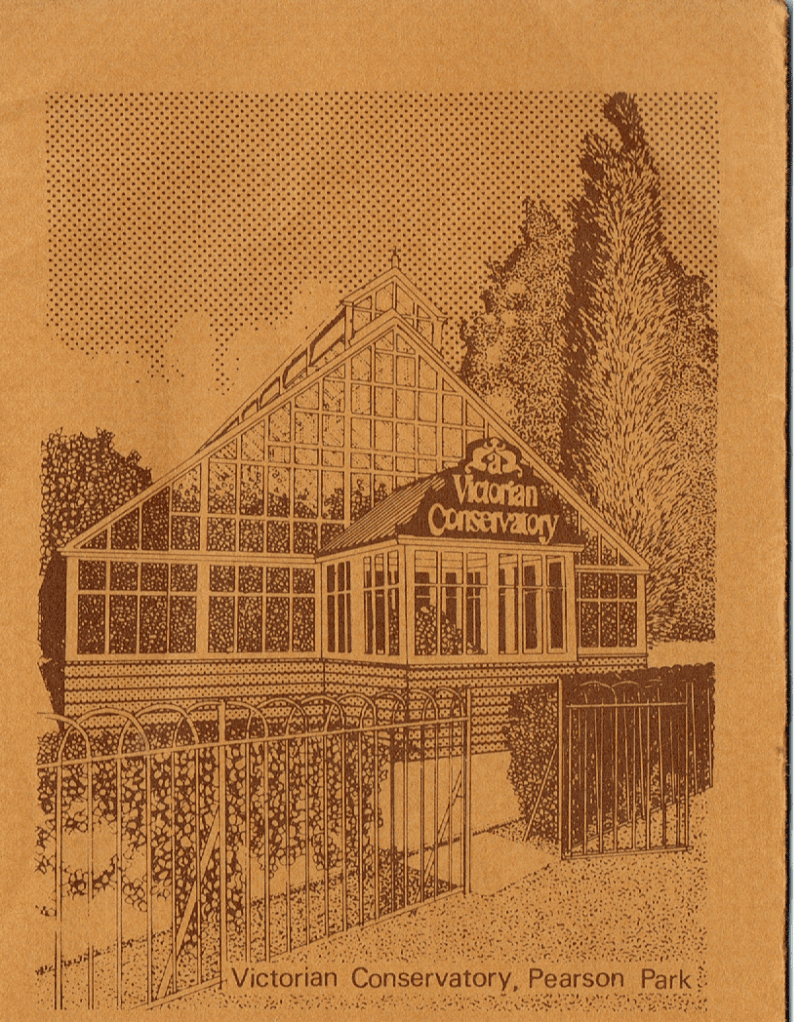 The image above is taken from a four-fold-A3 leaflet I have, published in 1983 and entitled ‘The Avenues/Pearson Park Conservation Area’. It shows the then ‘Victorian Conservatory’ (actually built in the 20th century) which, as part of the Pearson Park Restoration Scheme, has been demolished and replaced by a new one built to the same style and (I think) dimensions. Work is currently on-going on the conservatory which, although structurally completed, still needs work on its internal fixtures and fittings. It is intended that the plants inside will be ‘hothouse’ ones but not sub-tropical as was the case with its predecessor (I think this was still so in 1983).

The leaflet includes a potted-history of the ‘Avenues’ immediately west. The leaflet starts by stating that ‘Until 1860 the area that is now  the Avenues/Pearson Park Conservation Area was still in the midst of open country’. This is confirmed by Goodwill and Lawson’s Plan of Hull, published 1869, by which time Pearson Park had been created but beyond which was open country.

Incidentally, the leaflet goes on to state that of the 37 acres bought by Pearson on which to create the Park 10 were allocated to peripheral residential development, Goodwill and Lawson’s Plan shows 42 rectangular plots set-out on these 10 acres on which eight are shown as having buildings by 1869. Bacon’s Plan of Hull printed 1906 shows that by then most of the plots were the sites of large residential properties but also shows that west of the Park the grid-plan of four main avenues had been laid-out – Victoria, Park, Westbourne and Marlborough, bisected by Richmond and Salisbury Streets. Separating The Avenues from Pearson Park Newland Tofts Lane, so named on Goodwill and Lawson’s plan of 1869, had been re-named Princes Avenue. John Markham (Streets of Hull, a History of their names, 1998, 53) states that ‘Princes Avenue was the first boulevard to be laid out on the Westbourne Estate and was officially opened (as Prince’s Bank Avenue) on 29th March, 1875’. Which prince is being celebrated here he does not say.

Point of view 13 – On the day that some primary school children return to school after the ‘lockdown’ it seems, from media reports anyway, that parents have mostly done a sterling job in ‘home-schooling’, aided by the B.B.C. with its ‘Bitesize’ stuff and more. Like the Scottish First Minister I think young people have ‘risen to the occasion’ very well and have sensed an atmosphere of national crisis as well as adults, especially as secondary school students by September will have had nearly six months off school and have had to do no external exams and therefore no revision!