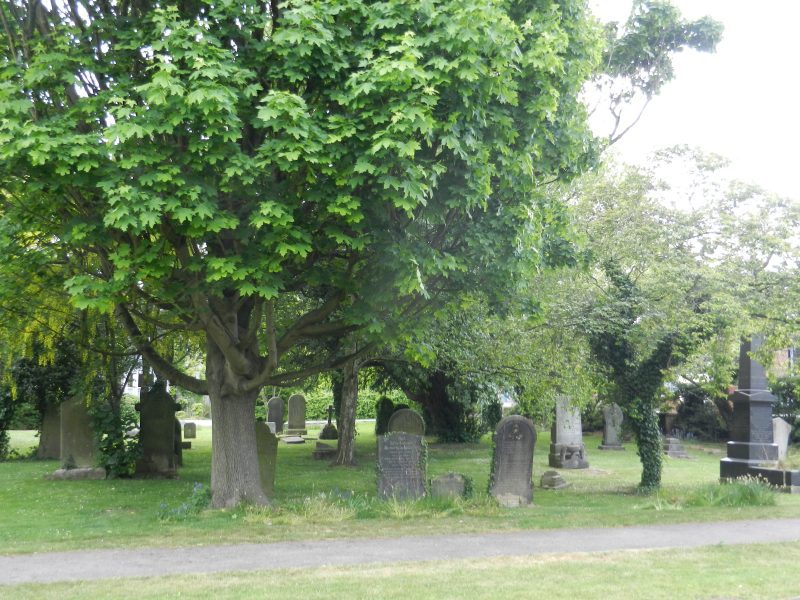 Newland figured in the English Civil Wars of the 1640s, in particular during the second siege of Hull by Royalist forces in 1643 (incidentally the name Newland already existed in the 17th century). These Cavaliers cut off the fresh water supply from Anlaby and Cottingham to the town of Hull, then under the control of Parliamentary forces. However, a later counter-attack by Roundheads resulted in the flood-banks of the River Hull and the Humber Estuary being breached and so deliberately flooding the land around the town, thus frustrating any attempt by Royalist forces to attack the town walls and gates. On 11th October Parliament soldiers moved out of Beverley Gate and managed to beat-back Royalist soldiers. Until the Restoration (1660), and sometimes later, 12th October was considered a public holiday in Hull.

Goodwill and Lawson’s ‘Plan of Hull’ printed in 1869 (for evidence from this plan in relation to Sculcoates s.p.b.s) goes up to land just above Pearson Park, land it names as St. John’s Wood. As this map was produced 30+ years after the building of St. John’s church (s.p.b.) I assume this is the source of the name. An old public house building on Queen St. is called the St. John’s. The ‘Wood’ extended north to Cottingham Road.

Bacon’s Plan of Hull, 1906, (s.p.b.s in relation to Sculcoates) shows that by the first decade of the 20th century St. John’s Wood was being transformed by a programme of bye-law house building along a grid-plan of streets. Between Beverley Road and Newland Avenue, previously Newland Tofts Lane, terraces of three or four bedroomed houses had been constructed along De Grey, Lambert and Grafton Streets and Alexandra Road, while on the west side of Newland Avenue streets were being laid-out in preparation for more modest terraces. South of the ‘high-level’ Barnsley and West Riding Junction Railway line the ‘Avenues’ had been laid-out on a basic grid-plan with some buildings already built (1906), including the Girls Industrial School, but not most of those seen today.

Thus the rural hamlet had been completely overtaken by residential development.