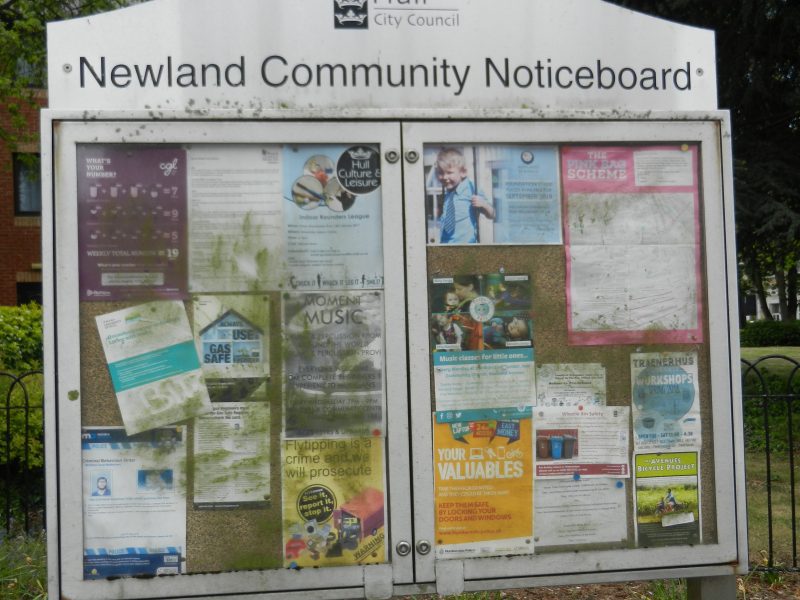 The second pre-20th century suburban development is centred on the Newland area of north Hull, being still in the mid 19th century a straggling hamlet into which the ribbon development alongside Beverley Road was intruding by that time.

My study here is currently disadvantaged by two things; (a) with the Hull History Centre being closed with the Covid19 lockdown I do not have access to the Victoria County History, Vol. 1 which deals with Hull’s history and physical expansion, and (b) for the same reason I do not have access to early O.S. maps covering the area under study, indeed the earliest relevant ones may be at the Treasure House in Beverley rather than in Hull as Hull’s boundary was not expanded to include Newland until the 1880s.

The term ‘Newland’ is generally interpreted as meaning ‘newly reclaimed’ land, wetland, sitting near the centre of the lower River Hull floodplain, that has been drained to take arable as well as pastoral farming. Generally the prefix ‘New’ referred to one point in time, now long past e.g. Newport, Lincoln, initially Norman ribbon development.

In terms of agricultural produce, like Sculcoates somewhat earlier, the area’s proximity to Hull’s urban area south along Beverley Road would have provided a ready market for produce, particularly market garden produce.

Until the 1880s Newland was in the parish of St. Mary’s church, Cottingham although the current St. John’s church, Newland had been built back in 1833 as a chapel of ease to St. Mary’s. Originally this church building, built of expensive ‘white bricks’, had lancet windows all-round but in 1893 a ‘cream brick’ chancel was added and the south wall windows enlarged to Perpendicular style (see next blog). In 1902 the nave was extended one bay west and a baptistry, porch and north aisle added, this, of course, reflecting the suburban transformation of the area. Inside the 18th century font had come from St. Mary, Lowgate, further evidence that fonts are commonly now not in their original location.

Point of view 10 – The government wisely a few weeks ago forbade any local authority in England to close any municipal parks during the current lockdown, this really reinforcing the vital part played by parks in the life of towns and cities and the vitally important part played by Heritage Lottery Funding over the past 20 or so years in funding municipal park restoration.