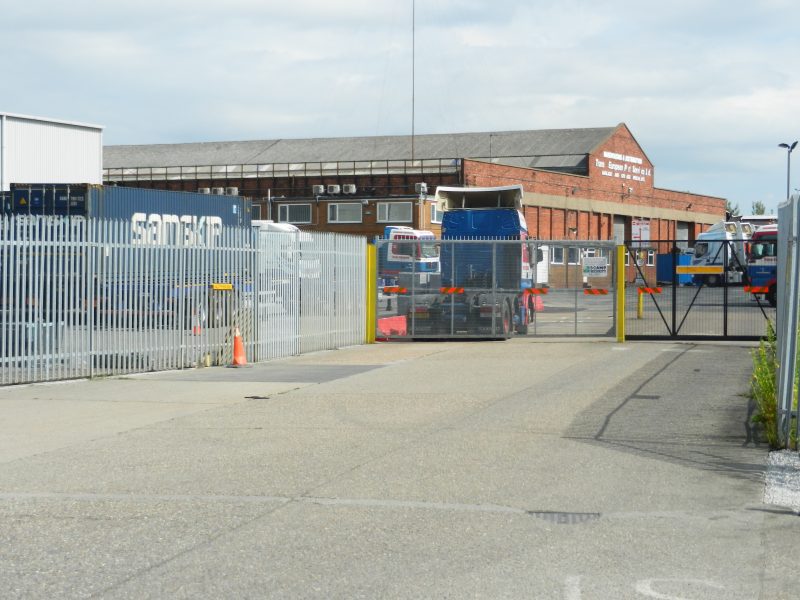 The photo above shows one of the few remaining structures that served the vast freight-line network north of William Wright and St Andrew’s Docks. It was built as an engine shed for the North Eastern Railway Co. and, I am informed, still has the turntables inside on which the locomotives were turned 180 degrees ready to go out the next day. It is now a warehouse. I show this picture because it was/is in the Myton area of Hull.

That said I discover from the Hull City Council website that in 2018 the Myton electoral ward was done away with, its successor, with different boundaries, now called Central Ward. Thus was lost to the subdivisions of Hull a name central to the town’s history.

An extract from a late 19th century O.S. 6 inch map shows the area north of Anlaby Road west as far as the municipal boundary (now Walton St.), and including one of Hull’s two workhouses on the site now occupied by Hull Royal Infirmary, was then called ‘North Myton Ward’. To the south of Anlaby Rd. and across Hessle Rd. to the Humber foreshore was ‘South Myton Ward’, this including the Botanic Gardens at the bottom of Linnaus St. (named after the famous Swedish botanist). Such designations showed a good understanding of the significance of the term Myton.

So what was/is so significant about the term Myton?