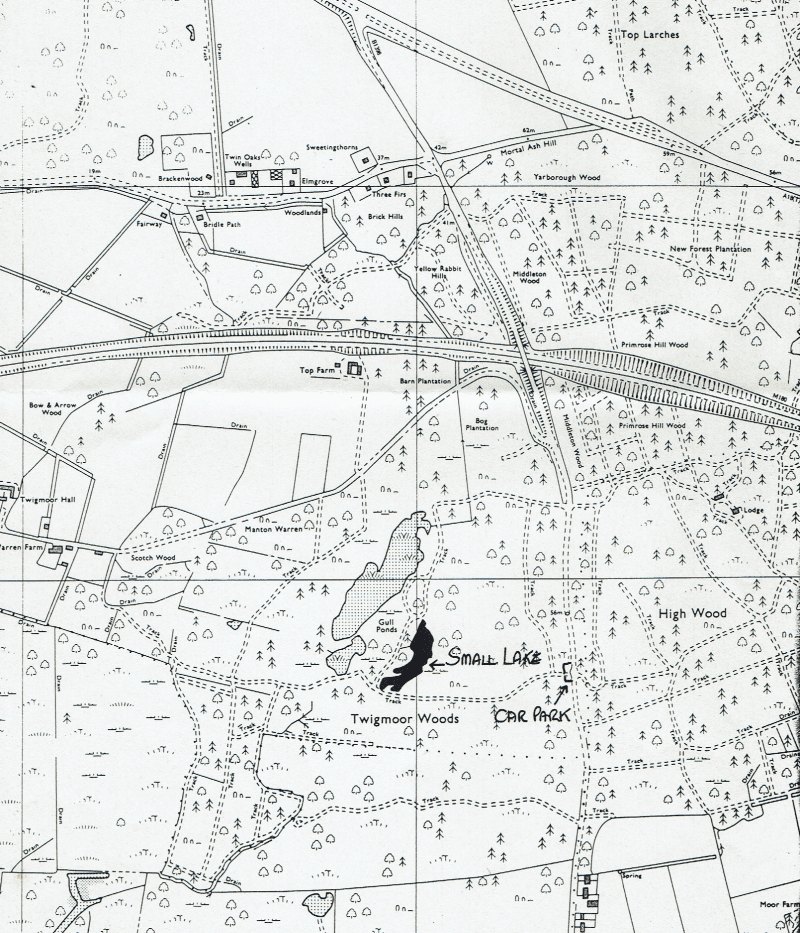 The above 25” map extract shows Twigmoor Woods south of the M180 and to the west of the road leading south from the A18 en-route for Kirton Lindsey, the phrase ‘Gull Ponds’ is used on the map but these are now more wetland/marsh than ponds. In the south-west corner of the map extract is shown an area of lowland heath, now a type of natural environment that is very rare. The lowland heath is not criss-crossed by footpaths as is Twigmoor Woods. In the top-right corner of the map extract is a small section of Broughton Woods, an area designated as ‘ancient woodland’ as surviving documentary evidence shows that parts of the Woods have been regenerating continuously since 1600 at least, if not before. Few of England’s woodlands are designated ‘ancient’. Broughton Woods is also criss-crossed by a network of paths, accessed from the roadside of the road leading into Broughton village from Barton and Appleby, much of the course of this road following the route of the Roman Ermine Street.

Twigmoor Woods is very well worth a visit to view the diversity of trees and shrubs, the latter especially so in May when the large azalea and rhododendron bushes are in full flower. The ground is hummocky and can be muddy under foot after heavy or continuous rain. The soil is sandy, an area of ‘cover sands’, wind-blown unconsolidated sand blown east after the retreat of the last ice-age’s ice-sheets, c. 20,000 years ago. Much of the land around Scunthorpe is cover-sands, this explaining why the town is surrounded by fine woodlands, the soil being very ‘thin’ for arable agriculture and prone to any seed-beds being wind-blown in the spring.

Cover sands were also once much used as ‘coney (rabbit) warrens’, it was easy for the rabbits to dig their burrows within the walled or fenced enclosures. Brigg was, in Victorian times, a national centre for the curing and processing rabbit skins and for the making of rabbit-skin hats (warm). Rabbit meat figured in most local cooking pots.