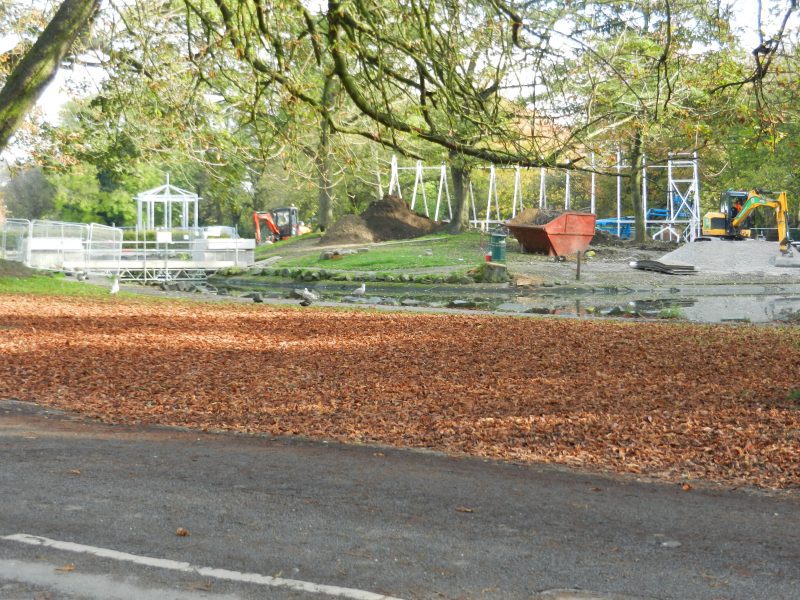 The next element of the Restoration Project as listed on the information board is ‘Landscape Improvement Works’. This is more open-ended than the other elements but, presumably, includes such things as the installation of a road-side kerb separating the park land from the peripheral road around it. This has been a big job as it has been done properly and is ongoing, but not with far to go.

As quite large areas of the grassland of the Park are currently shallow lakes (with having had what must be one of the wettest autumns on record) and, I think, there is an intention to build-up these low-lying areas.

I am hoping that ‘Improvements’ includes draining and cleaning the ornamental pond/lake. Minutes from the early days of the Parks and Cemeteries Committee of the Municipal Authority show that this was done annually/regularly, and draining the water away so the cement base could be cleared of accumulated sludge seemed then a relatively straightforward task. Incidentally, at the moment, most ducks and geese normally on the pond/lake have deserted, preferring one of the newly formed shallow lakes where the grass should be – free movement of wildlife.