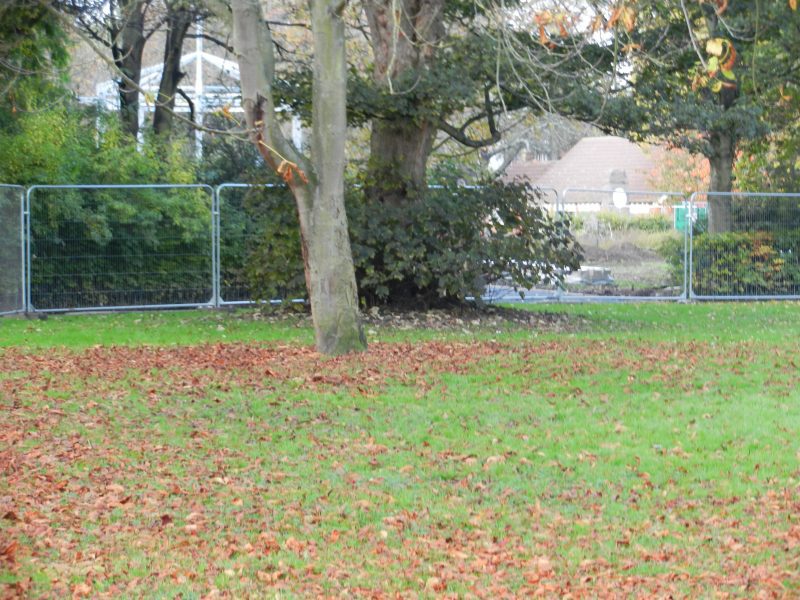 The next element of the Restoration Scheme as stated on the information panel is ‘Improvement works to the ice-cream kiosk’. The present building serving this purpose is seen above, right of centre, middle distance, with at one end public toilets and at the other end the park ranger’s storage ‘shed’. Immediately behind this building is a paved area with ‘fitness machines’ fixed to the ground and much-used by local people along with the perimeter road used by joggers (‘how many laps today?’). In my mind this raises the issue of green-flag status and listing for park-runs. The former is a hotly contested status whereby government inspectors award a municipal park a green flag (literally) as evidence of its range of facilities and its good management, my experience of Baysgarth Park, Barton on Humber being so awarded makes me think Pearson Park should be competent once the restoration is complete. Park runs are sites to which people travel for a ‘park-run’, this encouraged by the local authority.

In the early days of buildings in municipal parks there to sell refreshments they were called ‘pavilions’ and were rented to someone on an annual basis, the tenant hoping to profit from the venture. In Hull they were regulated by the relevant committee (Parks Committee up to 1899, the Parks and Cemeteries Committee thereafter) the tenant at West Park often complaining about ‘hawkers’ at the Park gates capturing trade. I’m not sure if they could have sold ice-cream back in the late 19th century with having no electricity supply, in fact the Committee Minutes give no clues as to what merchandise was sold. It would for sure then have been more common for people to bring a pick-nick and to be more independent in making-a-day-of-it at the local municipal park.

I believe the ‘kiosk’ is to get an awning to give out-door customers some shelter. It is currently the only place to get a cup (plastic) of tea for 50p.