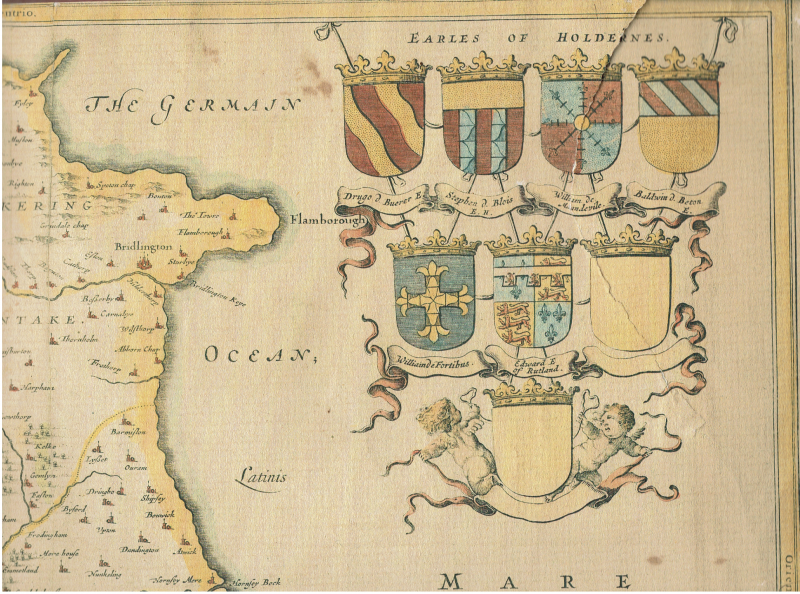 The earliest of the five county maps, that of 1645, shows the Holderness coastline as being far more irregular than is the case today. This whole issue invites questions as to what level of surveying was done ahead of the compilation of these old county maps, especially the earlier ones as they had no predecessors to copy from. Maybe very little technical surveying took place but, like Roman surveyors before them, they sought high vantage points in fine weather in order to survey the landscape/coastline and then travelled the landscape on horse-back in order to locate communities, rivers etc. in relation to each other.

Part of the explanation for the above may be that with the plain of Holderness being a product of post-glacial deposition the land became higher to the east (coastline) as the rate of deposition by retreating ice bodies increased in that direction. This in turn explains why the traditional drainage pattern of Holderness (little in evidence today) was east to west, away from the sea and towards the River Hull valley. The 1645 map shows this clearly, for example a stream flowing south-west from a mere between Tunstall and Rimwell and flowing into the Humber Estuary where Stone Creek survives as the mouth of the river (see the image for the previous blog). The image above being the north-east corner of the 1645 map shows the opposite drainage pattern where, having carved its great valley through the Yorkshire Wolds, the Gypsey Race river flows into the North Sea at Bridlington ‘Keye’ (Quay).

The map’s representation of Flamborough Head and Filey Brig lack the precision of a modern map.