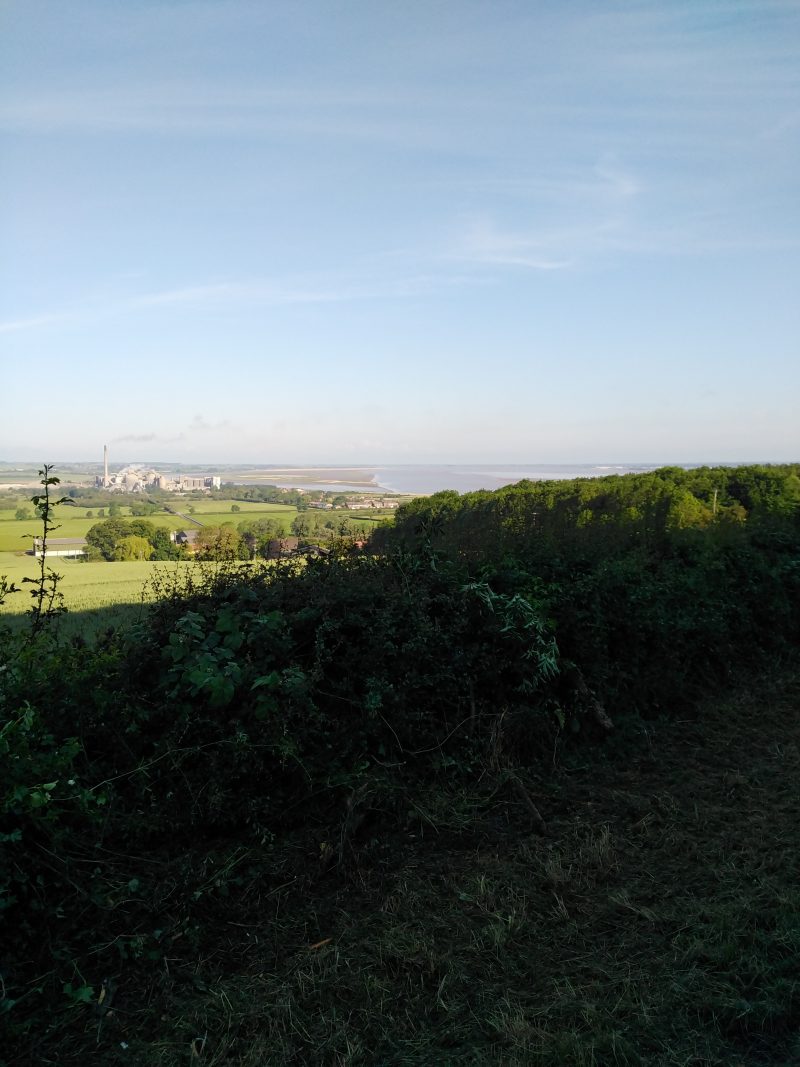 Currently taking dog first thing to Middlegate on the side of the scarp slope of the Lincs. Wolds as the rights of way across to the Humber bank from Sluice Road are blocked-off with the construction of a reserve clay-bank as part of the Humber Estuary Flood Alleviation Scheme implemented by the Environment Agency. In so doing I noticed (having not been up Middlegate for some while) a curious development on Reed’s Island.

Reed’s Island stands close to the south bank of the Humber Estuary just into Winteringham parish beyond the large cement works (see above). Over the past two decades or so the island has been eroded from its north side southwards with the prediction that it would soon be gone. However over the last year or two a massive mud flat has built-up along this north side of the island, covered with water only at spring/high tides, this in-turn pushing the deep water channel used by shipping further into the Estuary. This relatively new mud-flat is showing a green hue, this (presumably) showing some salt-resistant wetland vegetation trying to get a foothold. In other words is Reed’s Island likely now to expand (again)?

The photo above was taken on my phone hence the poor quality, the only morning I remembered to take my camera the view was too hazy after a night’s rainfall.

The history of Reed’s Island in its heyday as a grazing and shooting area has been documented elsewhere.

As I have written about before, the Humber Estuary has a history of islands that have come and gone a well documented example being Ravenser (Odd). This island developed in the ‘bight’ immediately west of Spurn Point, although given that back then Spurn Point itself was somewhat further east we cannot be exact about the island’s site. Ravenser developed on a mud-flat island, this built-up in the late 13th century, became vegetated and then in the early 14th century had a town and port built thereon.