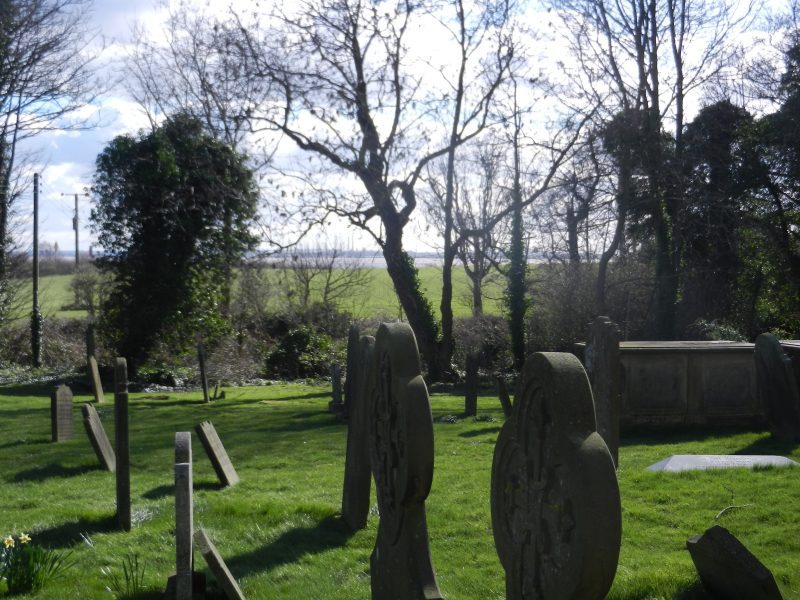 The photo above shows a section of Paull churchyard, south-east of Hull. Looking south the view shows a section of the Humber Estuary in the middle distance with one of the industrial sites on the south Humber bank beyond. It shows that the southern part of the churchyard has been left for Nature to colonise, the site extending beyond the trees to the right.

In the 1990s there was a resolve by the Established Church to promote natural biodiversity by encouraging parochial church councils to allow a section of their churchyards to revert to Nature as seen at Paull. Certainly Lincoln and York diocese were active in this regard and I imagine others were also, this, presumably, reflecting a decision in Synod.

It always struck me as a most encouraging development, churchyards are, by definition, relatively untroubled by everyday hustle and bustle and often these days relatively undisturbed even by burials. Although rules apply to any proposal to remove headstones (often just to the perimeter of the site) nevertheless it is a plain fact of life that over time grave sites become unvisited and uncared for. Therefore it is in such parts of a churchyard that evidence of the dead can become a site to promote life (biodiversity).

Some members of parochial church councils continue to dislike ‘untidy’ churchyards, some to the extent of only being happy when the churchyard is on a par with the most manicured front lawn. Is tidiness a virtue in this regard, I think not. An obvious compromise is to allow wild flowers and grasses to flourish but to keep pathways trimmed to allow access to the churchyard and he building’s exterior without trampling the undergrowth.

The above picture was taken in March but doesn’t show-up the carpet of primroses in flower then gracing the churchyard.