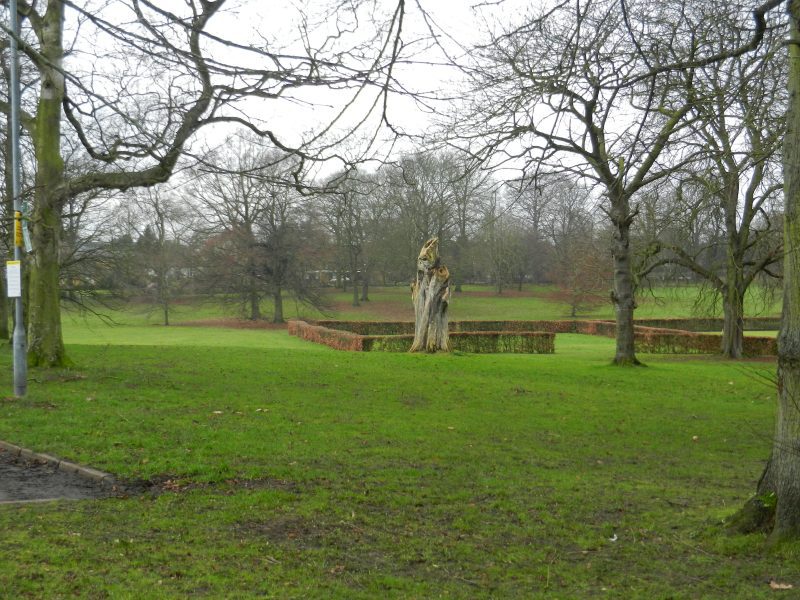 An interesting idea was followed-up in an article in the latest edition of Landscape History (Vol. 40, 2019, Issue 1), the Journal of the Society for Landscape Studies, in an article entitled ‘Sound in the Landscape’. In fact this is the first of three articles with the sub-heading ‘A Study of the Historical Literature’ so in this article the writers, Della Hooke and Michael Bintley, examine evidence in writings of the sixth to the eleventh centuries.

Two interesting quotes from the Introduction to the article are, ‘While many landscapes have made an impression upon people more through visual impact other senses might also be involved, one of which was that of hearing’. Secondly, ‘While peace and tranquillity are considered an essential help towards promoting a sense of wellbeing in a busy world this does not necessarily imply the need for total silence’.

The second quote seems to me to be very true of municipal parks and cemeteries as places of resort. The fact that sitting on a bench in such an environment means that one can hear the bird-calls, the rustle of the wind in the trees, the hum of insects etc. is beneficial and calming but the fact that in the background can still be faintly heard the hum of traffic is also reassuring in that one is not troubled by a feeling of isolation.

The photo above shows a view in Baysgarth Park, Barton on Humber (apologies if I have used this before), the left hand bowling green shown has, since the picture was taken, been transformed into a commemorative garden highlighting the valuable work of the late Chad Varah who had been born in Barton. The perimeter hedge has been retained but the path across the site takes the form of a capital S, Chad Varah being the founder of the Samaritans charity. In the centre is a canopy up which climbing plants will grow while the S path separates areas of lawn and perennial beds.