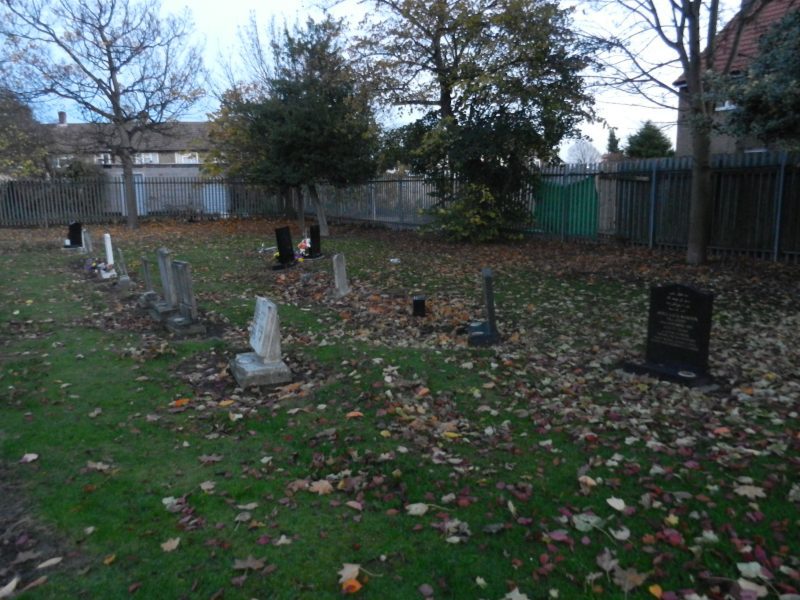 As far as I know Eastern is the only Hull cemetery to have two areas dedicated to Muslim burials. The ‘old’ site (certainly in use up to the early 1970s), see above, is near the south-east corner of the Cemetery, the ‘new’ site is on the western side of the Cemetery. As I understand it Muslim burials traditionally were arranged so that the interred person faced Mecca, but as can be seen above not all the headstones have the same orientation, also, unless the inscriptions are on the reverse side of the headstone, the graves seem to face what would seem to be the opposite direction to Mecca! The traditional orientation of Christian graves was such that the interred face east, ‘each new day’, this orientation was usually followed with in-church burials but topographical issues in churchyards often resulted in burials not following this orientation.

Also Eastern Cemetery may be unique in openly celebrating its ‘celebs’. Arthur Lucan, 1885-1954, is commemorated in the chapel complex (s.p.b.) as well as being buried in the Cemetery. Having been brought-up in Boston, Lincs. Lucan became a music-hall and film star mostly by his portrayal of the comedy figure ‘Old Mother Riley’. Between 1937 and 1952 14 films were made that included the name ‘Mother Riley’ in the title. Lucan died of heart failure just before he was due to go on stage at the Tivoli Theatre, Paragon Street, Hull. This theatre was demolished in 1959 and a subsequent office block built on the site, now itself disused, is proposed to be converted to 58 in-town flats in the near future.

Also buried in Eastern Cemetery was/is Mick Ronson, 1946-1993. Ronson moved to nearby Greatfield post-war council estate with his family in the 1950s and before going to London for a second time to pursue his musical career worked for Hull City Council in East Park. Having been brought-up in the Church of Jesus Christ of Latter-Day Saints (Mormons) he died prematurely of cancer. The circular raised brick structure near the refreshment hut in Queens Gardens was created as a memorial stage, the elegant original cover now gone.