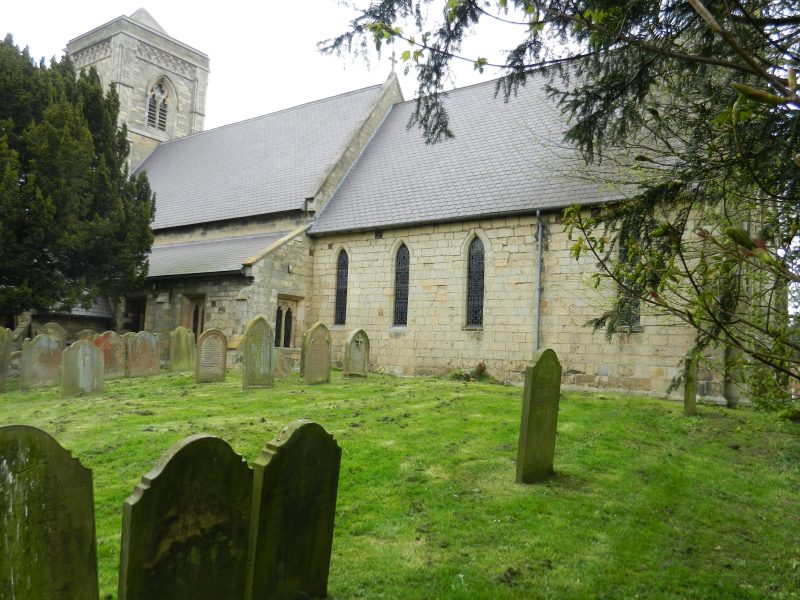 Middleton church built of freestone ‘imported’ to the site both in 13th century and during large-scale restoration of 19th century by integrated building firm from Doncaster, although inner-wall of chalk (bedrock) in chancel.

Church stands on a prominence making access difficult for anyone with more mobility.